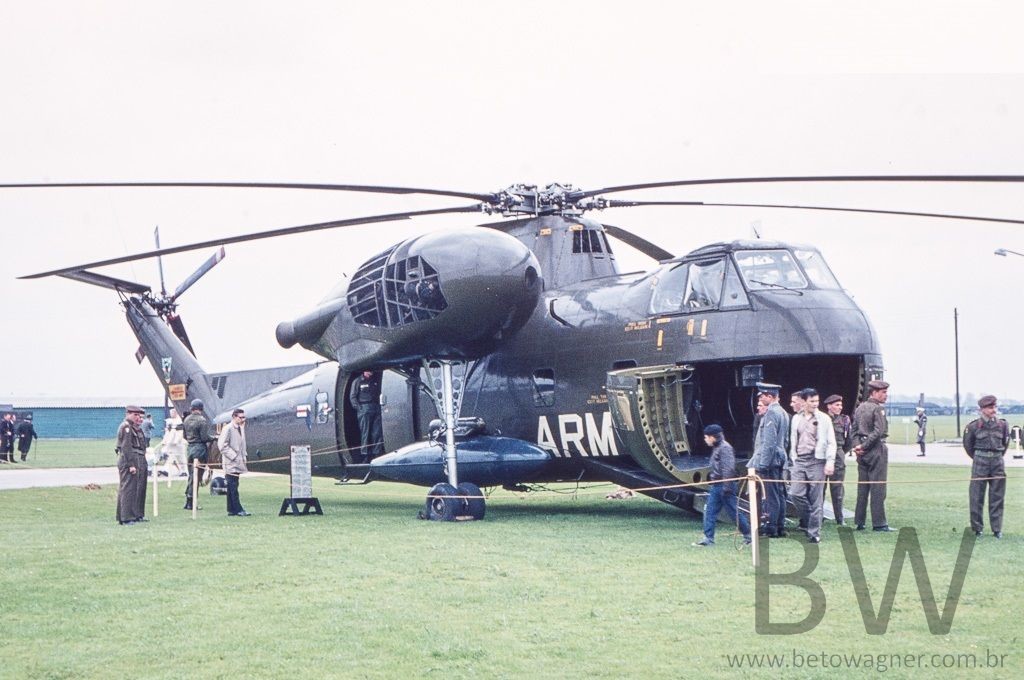 CH-37B Mojave, the screen on the side of the engine nacelle to maximize engine cooling is visible.

The S-56 was powered by two Pratt & Whitney R-2800 air-cooled radial engines with a takeoff rating of 2,100 hp (1,566 kW) and a cruise rating of 1,900 hp (1,417 kW). R-2800-50 engines were initially used, but late production aircraft used R-2800-54 engines, which had upgraded magnetos and additional mounting studs. The engines were connected to the main rotor’s transmission via a hydro-mechanical clutch. This clutch allowed the engines to run independently from the main rotor for starting or in the event of an engine failure. Power for the tail rotor was taken off the main transmission.

Unlike most heavy lift helicopters, the engines were not located in the upper section of the fuselage. Instead, each engine was housed in a nacelle fixed to the end of a short shoulder-mounted wing on each side of the helicopter. The engine nacelles also accommodated the machine’s fully retractable, twin-wheeled main landing gear. 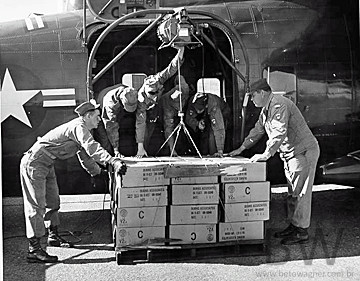 The S-56’s engine arrangement allowed for an unobstructed cargo bay of nearly 1,500 cubic feet (24.5 cu m)—large enough to carry three Jeeps, 24 stretchers, or up to 26 fully-equipped troops. The cargo bay measured 30 ft 4 in (9.2 m) long, 7 ft 8 in (2.3 m) wide and 6 ft 8 in (2.0 m) high. The S-56’s nose section was equipped with large clam-shell doors which allowed vehicles to be driven straight into the cargo area. The cockpit was placed above and slightly aft of the doors to ensure good visibility. The single main rotor was five-bladed and designed to sustain the aircraft in flight with one blade shot away in combat. For storage, the helicopter’s main rotor blades folded back along the fuselage and the tail rotor mast folded forward. 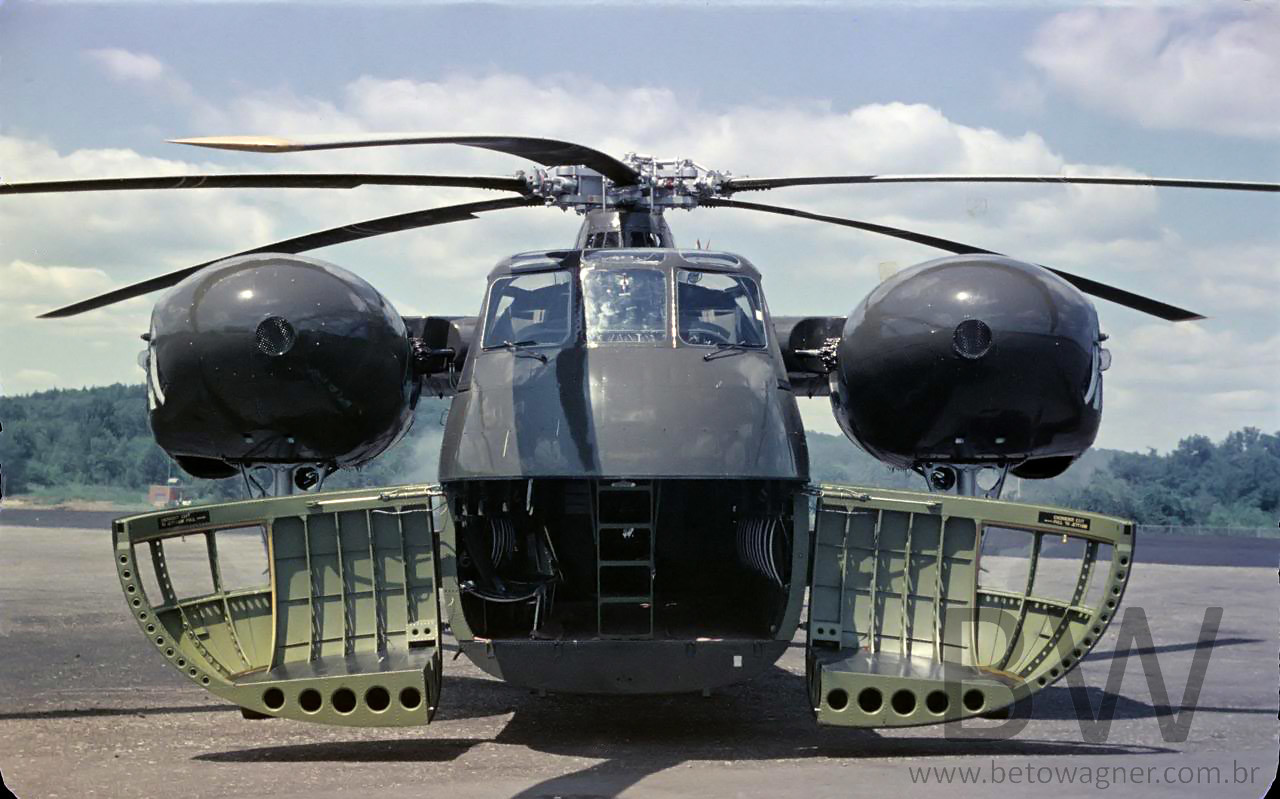 Head on shot of the CH-37 with the clam-shell doors open and distinctive engine pods visible. 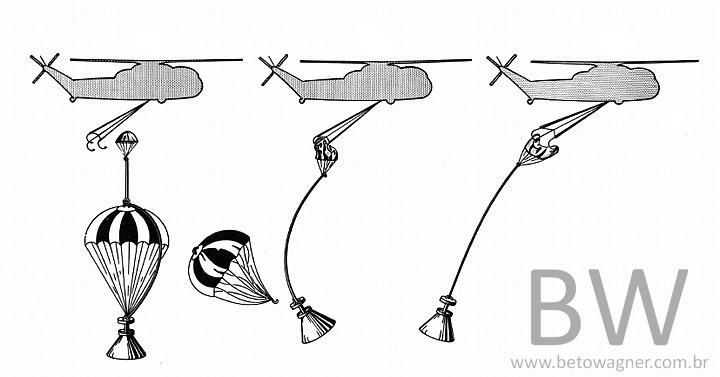 Sikorsky originally developed the Model S-56 in response to a 1950 Marine Corps requirement for a heavy-lift assault transport able to carry 26 fully equipped troops. In 1951 the Navy ordered four XHR2S-1 prototypes for USMC evaluation, and the first of these made its maiden flight on 18 December 1953. In 1954 the Army borrowed one of these pre-production machines. Re-designated YH-37 Mojave, it was subjected to rigorous evaluations before it was returned to the Marines. 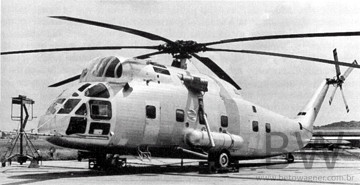 In 1961 Sikorsky began converting the Army’s H-37As to B model standards. The upgrade included the installation of automatic flight stabilization systems that gave the H-37B the ability to load and unload while hovering, crash-resistant fuel cells, and modified nose doors. All but four A models were eventually converted. In 1962 military aircraft designations in the United States were unified, and the H-37A were re-designated CH-37A; the modified B machines became CH-37B, and the Marine’s HR2S-1 became CH-37C. 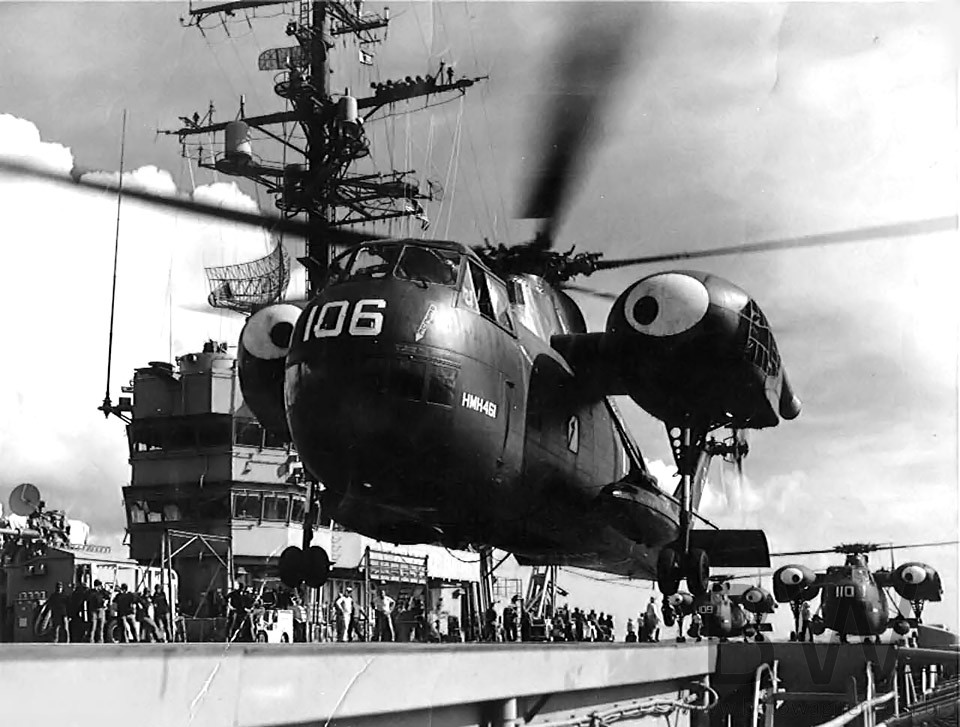 Three CH-37C Deuces on a carrier deck. The hole on the front of the engine nacelles is the air intake for the R-2800 engine.

The S-56 was developed just prior to the widespread adoption of the turbine engine as a helicopter powerplant. As a result, the type was forced to rely on larger, heavier, and less powerful piston engines. Even so, the S-56 ultimately proved to be a more than capable heavy-lifter. In June 1963, four CH-37B Mojaves were temporarily deployed to Vietnam to recover downed U.S. aircraft. By the following December, the Mojaves had recovered an estimated $7.5 million worth of equipment. Most of the recoveries were sling-lifted out of enemy-held territory that was virtually inaccessible by any other means. 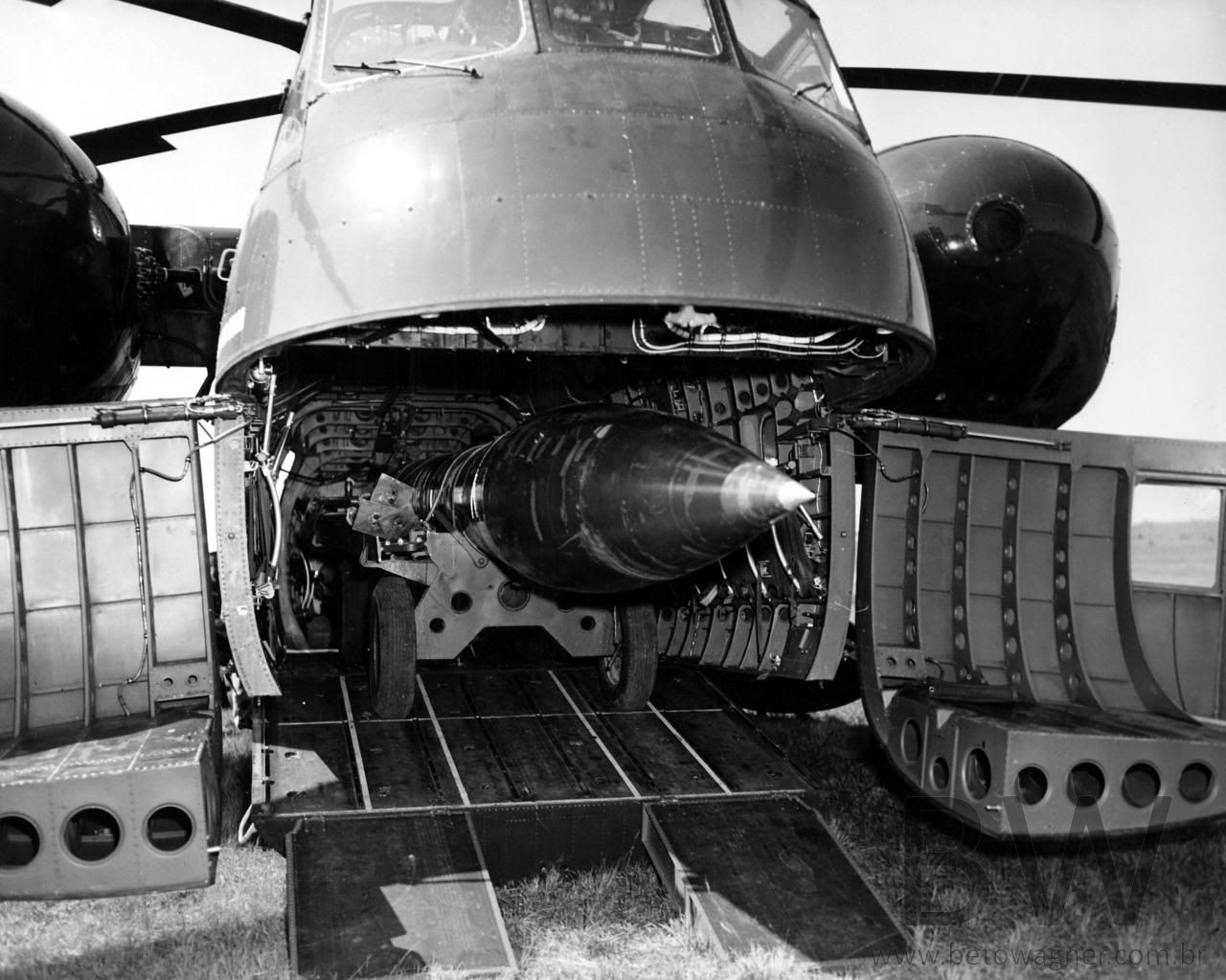 In September 1965 a Marine detachment of eight Deuces was sent to Vietnam for general transport duties in support of Marine Air Group 16 at Marble Mountain. Although this detachment had only ten pilots for eight aircraft, they flew about 5,400 hours in 1,500 missions, hauled more than 12.5 million pounds (5.67 million kg) of cargo, and transported some 31,000 passengers without an air accident. 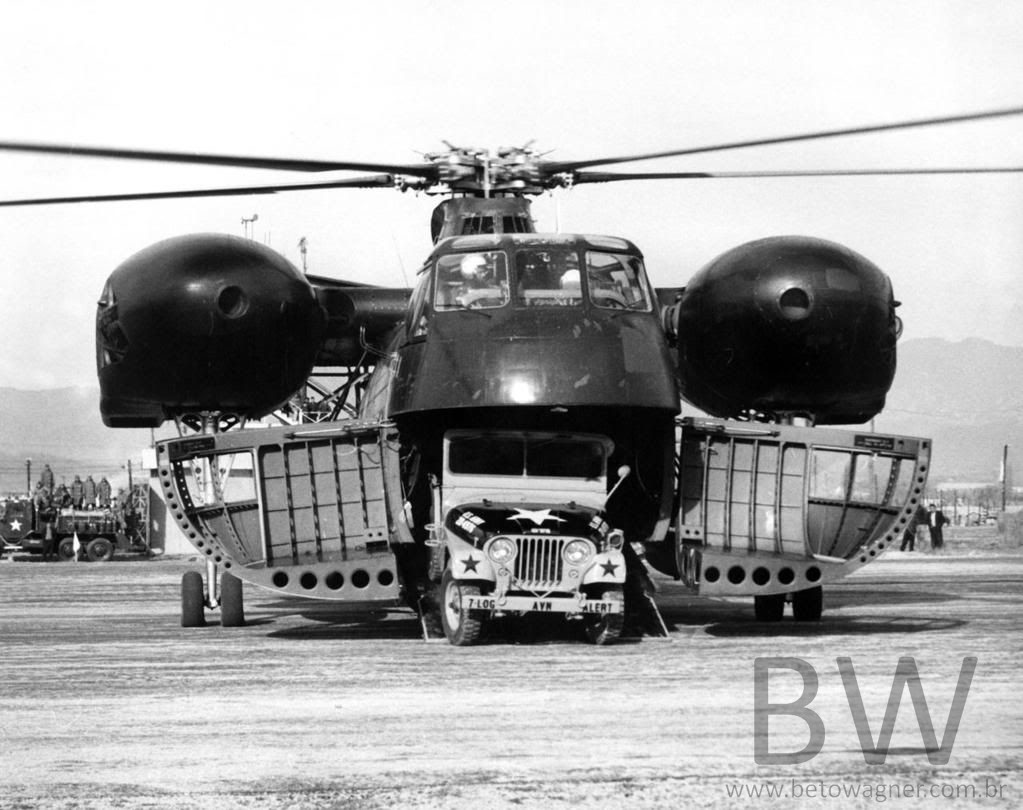 The Mojave did not see more extensive service in Vietnam primarily because of its replacement by the turbine-powered Sikorsky CH-54 Tarhe (S-64 Skycrane), a machine that weighed slightly less than the CH-37 but could carry nearly four times as many troops or five times as much cargo. In addition, the R-2800 engine was very loud, created a lot of vibration, and required much more maintenance than a turbine engine. The last CH-37 was withdrawn from Army service in the late 1960s. The Marine’s Deuces were replaced by CH-53 Sea Stallions in 1967. 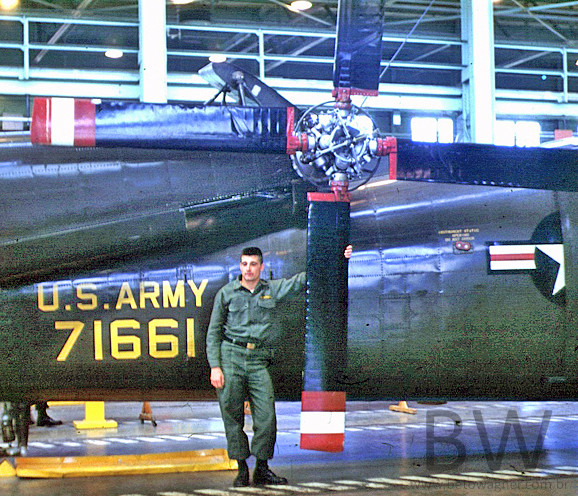 When built, no helicopter could surpass the CH-37’s lift capacity. 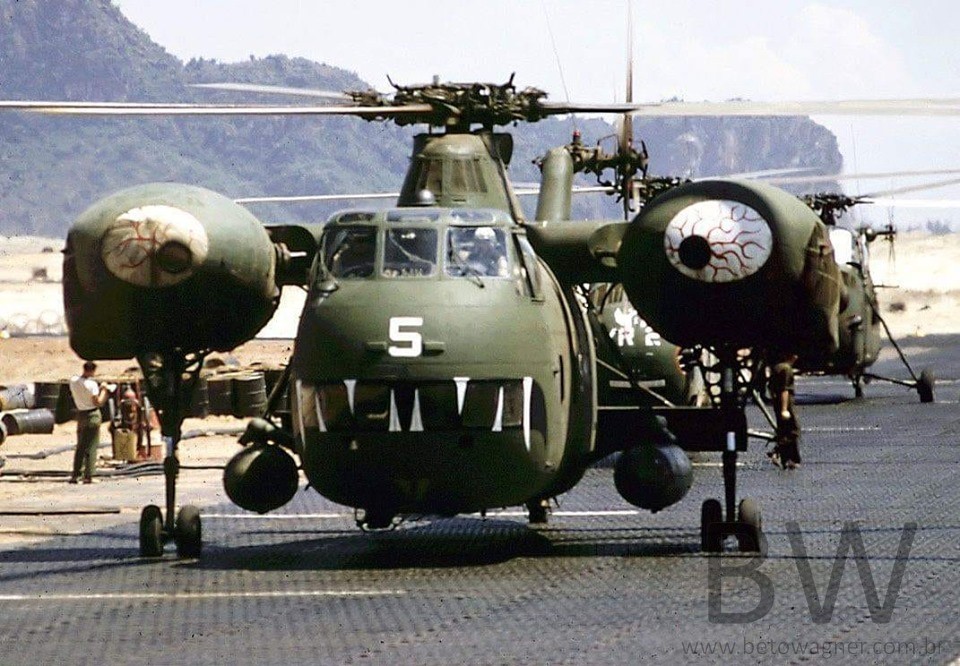